Posted on November 30, 2017 by readinghistory 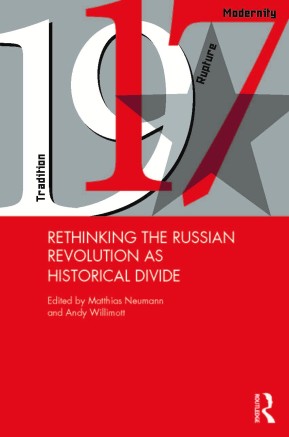 The Russian Revolution of 1917 has often been presented as a complete break with the past, with everything which had gone before swept away, and all aspects of politics, economy, and society reformed and made new. This was certainly the way the Bolsheviks wanted to portray this epochal moment in history. Recently, however, historians of the Russian Revolution have increasingly come to question this view, discovering that Tsarist Russia was much more entangled in the processes of modernisation, and that the new regime contained much more continuity than has previously been acknowledged.

Rethinking the Russian Revolution as Historical Divide eschews linear understandings of historical development, revealing how modern forces were enacted through individuals, groups and institutes still subject to the durable beliefs, practices and emotions of their forefathers. The book explores how contemporaries encountered revolutionary change within a particular cultural context. After all, ideas and ideologies do not function in a vacuum, they exist in dialogue with the world around them. (See below for the contents of Rethinking the Russian Revolution) 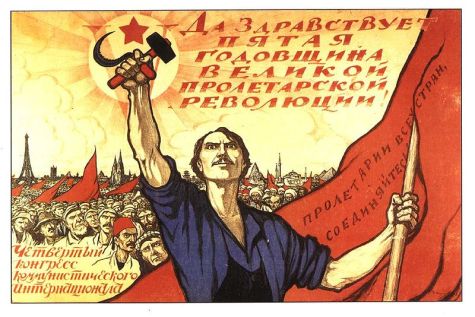 Ivan Vasilyevich Simakov, Soviet poster dedicated to the 5th anniversary of the October Revolution and IV Congress of the Communist International (1922) via Wikimedia

The product of a series of workshops held in the UK and the USA—the premise of which was to suggest that 1917 is the wrong departure point for a full analysis of the social and cultural particularities of the Soviet Union—the book breaks away from the binary of ‘change vs. continuity’ or ‘tradition vs. modernity.’ Instead, it asks how the new and the old came together to forge the Soviet experience ‘across 1917’. It also draws on the latest developments in the field, and on ‘multiple modernity’ scholarship, to reject the notion that modernity means the ‘convergence of industrial societies’ along a western normative model. Instead, it looks at modern processes as experienced in different cultural contexts.

Among other things, Rethinking the Russian Revolution as Historical Divide examines the tsarist social and cultural frameworks that helped determine Soviet perceptions of social duty, justice, and governance. The contributors in this book analyse the transformation of (Soviet) Russia as an open-ended process—a history of interactions, entanglements, and vicissitudes across the revolutionary divide. Each chapter rejects abecedarian explanations of Russia’s path to modernity; instead choosing to highlight the complex interplay between traditional and modern frameworks. Popular perceptions and traditional structures inherited from imperial Russia are shown to influence the manner by which the Revolution development. The book challenges perception of revolutionary change, exposing the fragility of modern socialist ideology in the face of lived experience and framed conceptions. By considering the forces of change alongside continuity in this way, Rethinking the Revolution as Historical Divide seeks to better explain the processes of Russian modernisation and revolutionary change. Ultimately, this book seeks to help reshape the way we study the Russian Revolution.

This book presents new research findings on a range of different aspects of Russian society, both showing how there was much change before 1917, and much continuity afterwards, and also going beyond this to show that the new Soviet regime established in the 1920s, with its vision of the New Soviet Person, was in fact based on a complicated mixture of new Soviet thinking and ideas developed before 1917 by a variety of non-Bolshevik movements.

Part I – The New State, The Past, and the People

Part II – The People, the Past, and the New State