We are still in lock down so our self isolating colleagues from UoR are also submitting their Historical Desert Island Discs. The Department of English have also started their own Fictional Desert Island Discs . This week and next week we are delighted to have two of our colleagues from the Institute of Education as our guest bloggers. First up is Professor Carol Fuller on her fascination with Elizabeth I… 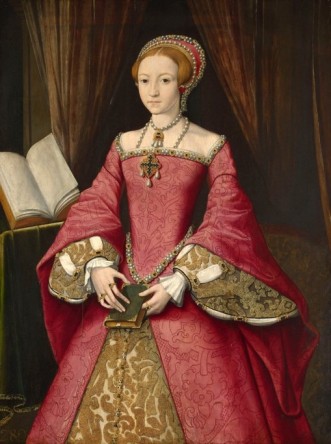 Although not a historian by academic discipline I have long been fascinated, in a very amateurish way, by the great women in history whom I consider as early pioneers of feminism. Cast away on our desert island, this week then, is perhaps one of the most notable of these for me, Queen Elizabeth I.

The path to the throne was not an easy one for Elizabeth. Daughter of King Henry VIII and the disgraced and beheaded, Queen Anne Boleyn, many of her Catholic detractors sought to deny her Tudor heritage and remove her from the line of succession. Her famous red hair was unmistakable though – she was undoubtedly a Tudor child.

Her ascension to the throne and coronation in 1559 had not been straightforward. In getting there she had survived numerous political plots and intrigues. Elizabeth always employed great wit in distancing herself from these and only narrowly escaped being executed like her mother, at the hands of her half-sister Queen Mary I, following Wyatt’s Rebellion.

As a Queen, Elizabeth was considered to be highly educated, enjoying access to an education in her childhood that was unprecedented for a girl at that time. As a monarch she was known for her intellect and mastery of multiple languages.

Unlike many other monarchs, she was a shrewd political player, both at home and internationally – Elizabeth was certainly no figurehead or puppet and took an active and key role in the running of her government.

Her firm belief and patronage of Science, exploration and the importance of the Arts, was key to Elizabeth’s reign being called ‘The Golden Age’. She was also the first monarch who pioneered legislation to feed the poor – resulting in the 1601 Elizabethan Poor Law.

Elizabeth was born in an era where women – no matter how ‘highly’ born – were merely chattel; used by the men in their lives to advance their own power and wealth. Not so for Elizabeth! Having fought so hard to stay alive, she had no intention of giving up her position to a man. She defied an attempt by Parliament in 1566 to her force her to marry. She chose never to marry, aside to her people in her role as Queen. Thereafter, she was famously known as ‘The Virgin Queen’.

Despite never marrying, Elizabeth was still something of a romantic player and was well known throughout Europe for a series of romantic scandals; most notably with Robert Dudley, Robert Devereux and Sir Walter Rayleigh. Whilst romantic liaisons were par for the course for the men of that time, not so for women. Elizabeth defiantly flouted convention, and kept the men in her life who were most important to her, close by her.

By the time she died, Elizabeth was well beloved by her subjects, having learnt the art of spin early on. Always riding on horseback so she could be seen by the people and ensuring only the most flattering of portraits were circulated, the image of Elizabeth has endured since her death 400 years ago, well known even to this day.

As per usual Queen Elizabeth I was given The Complete Works of Shakespeare and the Bible, although this would be considered a cumbersome disappointment. As a famously well-known patron of Shakespeare, she would undoubtedly already have them. The same would be true for the Bible, not only would she have one, she would also have copies in numerous languages. Her choice of book would be Margaret Attwood’s The Handmaids Tale, just to remind herself what could have been if she had not placed herself as head of the Church in England.

Luxury item: a good skin cream. The lead and mercury based white face power of that time played absolute havoc with the skin! 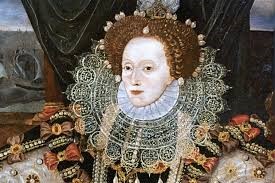