Posted on October 17, 2013 by readinghistory

I was born in Greater London but grew up in Yorkshire. I studied History and German at Magdalen College, Oxford, then went on to St. Antony’s, Oxford for a DPhil. I took Tim Mason’s course on the Third Reich and specialised in the works of Nietzsche and Kafka. As an undergraduate in the mid eighties I spent a year teaching English in the French School in West Berlin, falling in love with the divided city and all things Berlin.

Before coming to Reading I taught for 17 years at the University of Warwick.

My research interests grew out of living in Cold War Germany. My doctorate was on the activities of the German Communist Party in the West, before its banning in 1956. I was one of the first western scholars inside the former East German Institute of Marxism-Leninism, and even spent some time researching in the West German version of MI5. It later turned out that my German supervisor had been working for the Stasi.

Then I turned to the Berlin Wall, which is also one of my main teaching interests, with a particular focus on how ordinary East Germans experienced it. I run a special subject on Cold War Berlin which includes a field trip there. 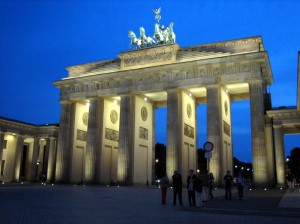 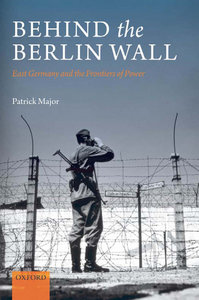 During my time in Berlin I visited every one of its second-hand bookshops. I soon realised that there was a large pulp fiction even behind the Iron Curtain, full of spy stories and cosmic science fiction, but heavily politicised. I also took a serious interest in Hollywood screen depictions of the Germans, from wartime films noirs to Sam Peckinpah’s Cross of Iron in the seventies. I have also used the BBC archives at nearby Caversham on the outskirts of Reading. Cold War popular culture and media hateve therefore become one of my main interests.

I have been the MA director and the Chair of Exams in the past, and am currently Director of Teaching and Learning.

If I have any free time, I watch obscure black-and-white films.