Posted on October 29, 2013 by readinghistory

Having grown up a few miles further down the Thames valley, coming to Reading in 2004 was a return to home territory. My academic path as a student took me through different subjects as well as three different universities, but I like to think that there is some underlying logic. I studied Classics at Corpus Christi College, Oxford, as an undergraduate, focusing on ancient history and philosophy; then went on (in a reaction against the time-honoured respectability of Oxford Classics) to do an MA in Women’s Studies at York, a pioneering course which had then just celebrated its tenth anniversary. During my MA I developed my interests in gender history and the history of ideas, completing a dissertation on gender in Leveller thought – crucial in paving my way towards my PhD on the Levellers, but in hindsight a rather basic piece of work! For my PhD I moved to Cambridge, where I was supervised by John Morrill, and had the companionship of his ‘New Morrill Army’ of graduate students as I acclimatised to being an early modern historian and focused in on the political thought of the English civil war. After my PhD I was lucky to secure a post as Old Dominion Research Fellow, Clare Hall – being paid just to research – and my first experience of teaching was with enthusiastic Cambridge undergraduates taking the History of Political Thought to 1700 paper.

My research always comes back to the history of ideas, and to close reading of the texts which developed those ideas (whether scattered pamphlets or lengthy books expounding political theories) – the close reading perhaps a legacy of my classical training. My book, The Levellers: radical political thought in the English Revolution (2013), developed my PhD in new directions. I am always fascinated by the ways in which writers wrestle with contradictions and difficulties in their ideas, and tug existing ideas into new shapes. For the Levellers, a group forged by the destructive but evidently also creative forces of Parliament’s war against Charles I in the 1640s, these tensions were particularly urgent and revealing: they uncomfortably asserted the supremacy of parliament in the face of parliament’s apparent betrayals of the radical cause, and struggled to define the relationship between parliament and a sovereign people who retained ultimate power. 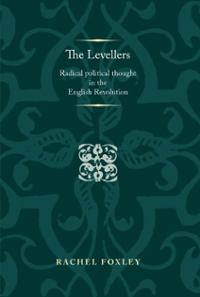 Classics has given me a crucial foundation for the study of early modern ideas, and in my current project, ‘Gender, democracy and the republican tradition’ I draw on my training both in classics and in Women’s Studies. This project, initiated with the help of a Leverhulme Research Fellowship, investigates the way in which the (gendered) anti-democratic tropes of ancient Greek philosophers and historians were assimilated into the republican tradition of early modern Europe.

I am currently the department’s Admissions tutor, coordinating the department’s contacts with prospective students, but over the last few years I have also overseen exams and coordinated the undergraduate degree programme.

I find being in a choir a great antidote to the stresses of term-time. I’m also a ‘grammar junkie’ (as a friend once said) so every now and then I get enthused by a new language – always well before I’m in any danger of mastering the previous one I was learning!