Posted on December 16, 2013 by readinghistory

My research is currently focused on the links between politics and youth culture in late 1970s and early 1980s Britain. This Leverhulme-funded project will assess the ways in which the heightened political climate of the time informed the attitudes and responses of British youth and aspects of youth culture. Articles relating to the project are currently being published; a book is being prepared for Manchester University Press. The research also links to the Interdisciplinary Network for the Study of Subcultures, Popular Music and Social Change, which I founded in 2010 and which recently won and AHRC Network grant.

My previous work focused on British politics between the wars, especially in relation to the labour movement. To that end, I have written on the Communist Party of Great Britain, Labour Party and New Party. I’m interested in challenges to mainstream politics and socio-cultural dimensions of party politics. 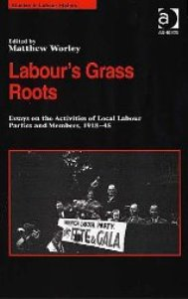 Within the Department I currently oversee the MA; I was previously Director of Research. My interests outside the department include Norwich City Football Club, music (bluebeat, reggae, punk) and pubs.