I was born and raised in East Yorkshire. As an undergraduate, I studied law (LLB) at the University of Warwick, graduating in 1983. My postgraduate studies continued on a part-time basis with a Master of Laws degree from the University of Bristol in 1989. However, after seventeen years away from higher education I was eventually reunited with my ‘first love’ amongst academic subjects and studied part-time for a Master of Arts in Modern History at Reading, graduating with Distinction in 2010. 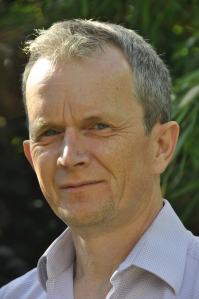 My PhD research interest is Executive Clemency in Nineteenth-century Texas, during early statehood and the Civil War period. My work looks at the people who were pardoned, those petitioning on their behalf and the arguments deployed in an effort to persuade the Governor of the State of Texas to exercise what was a wide and unfettered discretion to grant pardons in criminal cases. My research builds upon work undertaken for his MA dissertation, ‘Persons of the Greatest Credit:’ Executive Clemency in Texas 1849-1865, which won the national Peter Parish Dissertation Prize 2010.

I undertake sessional teaching on the first year Approaches to History module. In the seminar series, I use Frederick Law Olmsted’s A Journey Through Texas (1857) as a ‘springboard’ to look at some key areas of mid-nineteenth-century U.S. history such as the Antebellum South, slavery and the concept of ‘honour’ in the Southern states. The location of Olmsted’s memoir, Texas, is also used to explore some of the enduring issues in the history of the United States such as ‘the frontier’, ‘democracy’ and American ‘exceptionalism.’

I am a serving police officer and currently work as a tutor at the national College of Policing, Bramshill where I deliver senior leadership training. Outside of work I enjoy foreign travel; attending live music and comedy ‘gigs;’ theatre/film and training in the gym.