An interview with our Africanist Dr Heike Schmidt: ‘Nationalism in Africa: Aspiration, Self-improvement and Belonging’

Can you tell us about your current research?

I am researching the social biography of a Zimbabwean nationalist, King Itai David Mutasa (KID). KID was politically active from the late 1950s, and from 1962, he was the ZANU representative in Western Europe. ZANU was one of the two liberation movements in the 1970s and since independence in 1980 has been the ruling party. In his London years, KID founded the Rhodesian Students Trust which brought more than 2,000 young Zimbabwean women and men to Britain in order to earn college degrees, including at the University of Reading. Many went on to hold senior positions after independence. This has raised my interest in supervising doctoral students who wish to study the African diaspora.

This research and KID himself represents a challenge to the established periodization of African nationalism in Zimbabwe. More importantly KID spent the years from 1961to 1979 in the diaspora in London, something that has not been studied for Zimbabwe and has rarely been studied for Africa more generally. There is a great deal of literature on anti-colonial nationalism and also on Pan-Africanism; what distinguishes KID is that he was a nationalist whose political imagination focused on the post-colonial nation and who he wanted to be.

How did the project come about?

KID’s family became aware of my publications and previous research in Zimbabwean history. They approached me and told me about KID and his extraordinary contribution to Zimbabwean nationalism. I had done my doctoral research in the Mutasa area on violence and suffering. I wrote a micro-history of a single valley from before the imposition of colonial rule in the C19th through to the 1990s. Its major focus is insurgency and counter-insurgency warfare.

I then moved on to Tanzania with two research projects: one examines African masculinity, ethnicity and anti-colonial warfare; the second is concerned with sexual crime and notions of honour in the German colonial period. 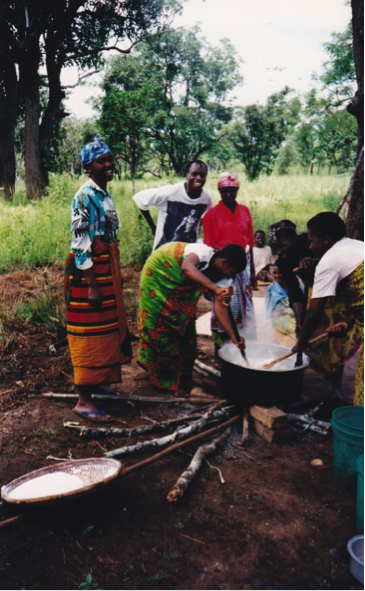 How do you set about researching a subject like KID?

I have been fortunate that KID’s family has given me access to his papers and photographs; I have also had the opportunity to interview family members and his contemporaries.

Were his papers in an archive?

No. They are with the family in Zimbabwe.

Can you tell us about field research in Africa, some of its challenges and rewards?

I had done several years of field research in the Mutasa area before, living with local families in the rural areas, conducting interviews and participant observation. For the historian maybe it is unusual to do participant observation as it involves living with and observing the subjects of one’s study. It is challenging because it required me to reflect on my own research and my role in it, being a cultural outsider negotiating my presence in an African language. As for the rewards, everything is rewarding!

The Mutasa heartland during drought c Heike I Schmidt

How do you collect your data and research?

For this project I audio recorded interviews and I hope to raise the funding to have them transcribed and later deposited in archives in Zimbabwe.

What about any physical documentation that you need to replicate?

In researching KID’s life and work, access to the papers is limited to the time available in the field. Once I was aware of the significance of KID’s papers I suggested to the family that they should be digitised. In January this year I spent two weeks with KID’s grandson Tapfuma Mutasa beginning the process of digitising the papers and photographs.

What was in the papers?

Mostly documents, including personal and political correspondence, photographs but also those certificates and family records that we all keep – including the teachers certificates earned by KID and his wife Joina who studied together at the Methodist, Old Mutare Mission. 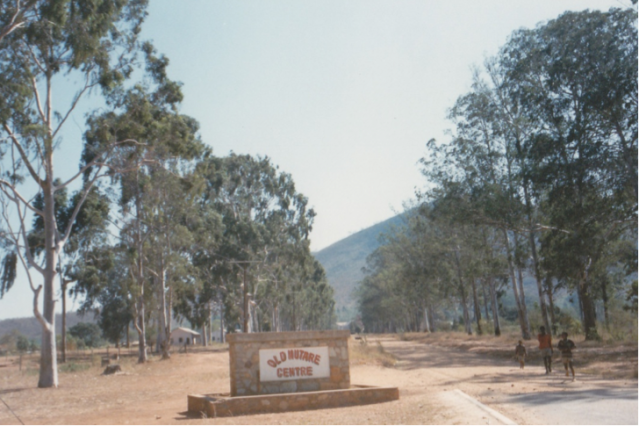 How did a nationalist like KID reconcile his nationalistic feelings with the need to engage with Mission Christianity and with the colonial state?

KID’s politicisation emerged exactly from this fracture, being born into the Mutasa royal family and having been successful as a young man, gaining a mission education and a teacher’s certificate in 1951. He then faced the frustration of feeling both side-lined by the missionaries and disappointed by the lack of support from some of his family and the colonial government for his father’s appointment as mambo (king).

Is this a tricky biography to write politically?

Yes and No. It is not tricky as the source material is incredibly rich and allows me to tell a complex and multi-layered story which is new. At the same time, this biography in several points counters the statist narrative that has been imposed in Zimbabwe. Zimbabwe is a country with a government which holds a singular view of its nationalist history. 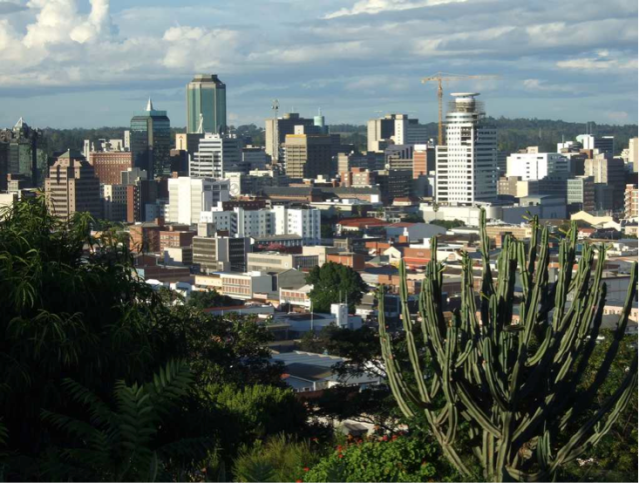 Harare with Joina City (then still under construction)

Are these the only sources that you are using or that are available to you?

No they are not. I found the United Methodist Mission Archives most useful and I can also draw on my previous research in government archives. 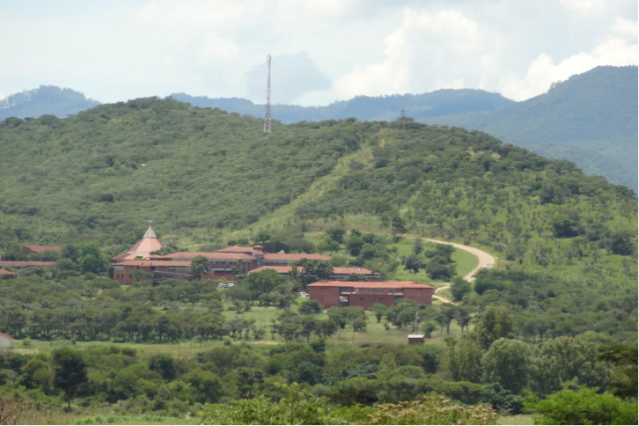 Are these accessible easily and in centrally located repositories?

The Mission Archives are located at the Africa University, which is a Methodist institution in rural Zimbabwe, about a two hour drive east of Harare. It is managed by two incredibly knowledgeable archivists who listen to me describe my research interest and then furnish me with relevant sources. Access to government archives is a different matter; as a non-Zimbabwean one has to apply for a research permit which is a lengthy and expensive process that may or may not be successful.

To hear more from Dr Schmidt and to hear more about KID, listen to the podcast of the Obi Igwara Memorial Lecture, ‘Nationalism in Africa: Aspiration, Self-improvement and Belonging’, London School of Economics, 4th March 2015 below.