Congratulations to our PhD student Bridget Riley on winning our postgraduate student blog competition! Bridget nominated Archbishop Richard FitzRalph of Armagh for our Temple of Worthies. Her blog was the most read with 277 views at the closing of the competition on March 27 (many more since then!)

I wish to nominate Archbishop Richard FitzRalph of Armagh (c.1300-1360) for inclusion in the Temple of Worthies. Representative of a marginalized Irish province, he became a courageous advocate for truth, speaking out across Europe against what he saw as hypocrisy and institutional corruption amongst the politically-connected friars, regardless of the personal cost. 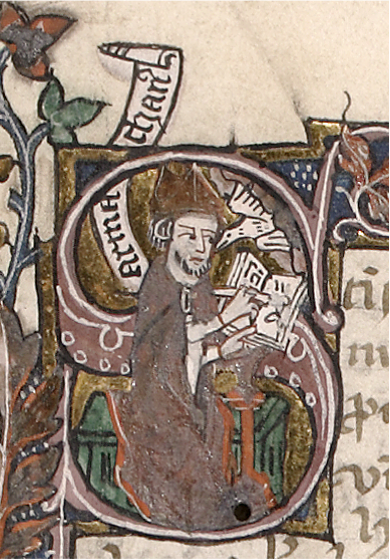 ‘Let no one seduce you with empty words’.

This is the title of a sermon Archbishop FitzRalph preached at St Paul’s Church, London, in March 1357, to a city gripped—according to him, at least—by controversy and turmoil over the behaviour of the four main orders of friars.

These orders, Dominicans, Carmelites, Augustinians (otherwise known as Austin Friars), and most prominently, Franciscans, emerged as a potent presence in the Church from the early thirteenth century. They claimed to live the true apostolic life as set out by Christ and his first followers in the New Testament.

St Francis, the founder of the Franciscan order, lived in utter poverty, relying on the charity of others to survive. Yet he was also a smart political operator, seeking out and winning the support of the papacy for his fledgling order.

Francis had believed that poverty–the absence of resources–was a powerful resource in itself. It weeded out those who might have joined him for insincere or self-interested reasons. It gave his order a dominant brand identity. But ultimately, however, it proved incredibly difficult to enforce. 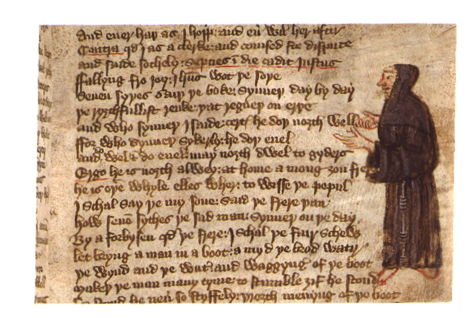 Christ famously and divisively said ‘Blessed are the poor’. Yet if one wishes to serve the poor, is poverty really useful? Conversely, is wealth automatically bad, or can it be empowering, and even beneficial, if used for a good cause? A modern Francis has recently had to deal with these very issues.

The Franciscan order, along with the other three orders of friars, flourished and expanded across Europe during the thirteenth and fourteenth centuries. Convents were predominantly founded in urban areas where friars could preach, hear confessions, and bury the dead. One only need consider how many towns in England have a street name containing the word Friar or Greyfriars—Reading still has a Greyfriars Church on Friar Street—to appreciate this spread in the late Middle Ages. (Viewers of the BBC’s recent drama Wolf Hall may have noticed that the house belonging to Thomas Cromwell was called ‘Austin Friars’, since it was built on land purchased from the London Austin Friars.)

The increase in wealth which accompanied the expansion of the orders rendered the concept of material poverty somewhat obsolete. A dichotomy developed between the life set out in the Rule of St Francis, and the opportunities available to, and adopted by, the now-wealthy friars. The Franciscans especially had to undergo something of a brand-refresh, which proved unpalatable to some members, who renamed themselves ‘Spiritual Franciscans’, and continued to live just as Francis had. The remainder, the retitled ‘Conventual Franciscans’, faced much criticism, which is reflected in contemporary literature. (Geoffrey Chaucer’s fictional Friar from The Canterbury Tales, is perhaps the best-known example.) However, since reforms to the fraternal orders could only occur with papal endorsement, members of the secular clergy were reluctant to challenge the friars for fear of antagonizing their papal protectors. 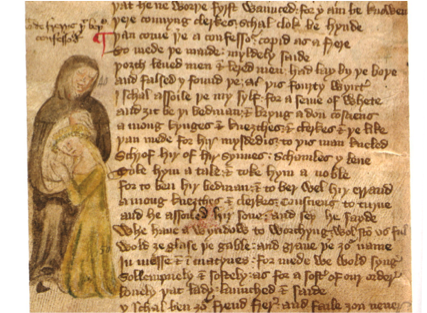 In the friars’ defence, their popularity as confessors and preachers should also be attributed to their superior education, their charisma as preachers, and to their genuine pastoral concern. During the mid-fourteenth-century Black Death for example, friaries across the British Isles were decimated as friars remained in plague-ridden communities to care for the sick and bury the dead. The contemporary chronicle of Franciscan John of Clyn bears poignant witness to the price paid by friars in Ireland alone.

Archbishop Richard FitzRalph, however, decided to mount a formal challenge to the metamorphosis of the fraternal orders. The rapid expansion of friars had displaced existing parish clergy, who were left with fewer sources of income now friars were collecting the fees associated with certain pastoral duties. FitzRalph saw this as unethical and illegal, and was not afraid to say so. His denounced the friars through his increasingly popular sermons; one in particular, Defensio Curatorum, has been described as the most widely read and circulated single sermon of the later Middle Ages. He accused friars of false advertising, pointing out that their contemporary practice was contrary to the Rule of Francis—this point only applying to the Franciscans, of course—and, more seriously, to what was taught in the Bible.

This action placed him in great danger, as is the case for all whistleblowers. The friars accused him of heresy, at a time when heretics were burnt at the stake.

Undeterred, FitzRalph launched a lawsuit against the friars at the papal court, which continued until his death in 1360. No one subsequently took up his suit, but his writings were adopted by the English scholar and reformer, John Wyclif, whose own ideas paved the way for the Protestant Reformation. 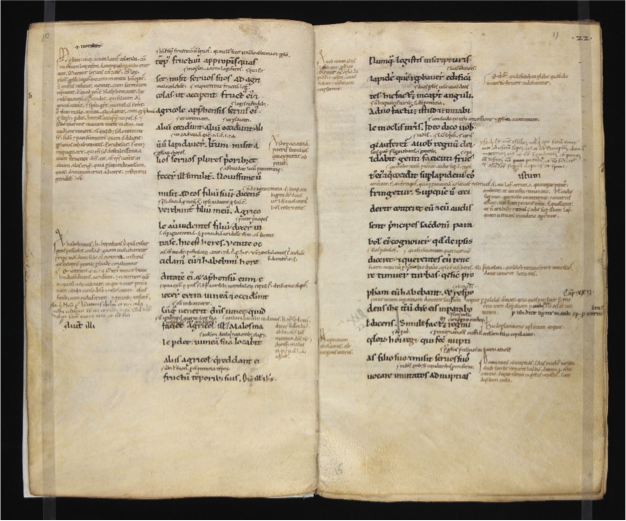 That FitzRalph, an Archbishop, should refer to the Bible to illustrate what he saw as the errors of the friars, may seem obvious to us today. But before the Reformation, it was considered dangerous for the Bible to be read and understood without an approved interpretation. Scholars and churchmen would use glosses, or marginal notes, which explained how one should understand a certain Bible text; in effect, a medieval form of political spin.

FitzRalph believed that truth and authority were located in the words of the Bible itself, and not from another’s interpretation set down in a gloss. In choosing to challenge the friars through the unglossed words of the Bible, FitzRalph not only questioned the authority of the papacy, but also the sources of authority within the Church itself.

Archbishop Richard FitzRalph was an advocate for the humble and uninfluential parish priest; he preached fearlessly against corruption, and believed in standing up for the truth in spite of the consequences. He was a man centuries ahead of his time. And for this he deserves a place within the Temple of Worthies.